The Angélique stories have naturally attracted a great deal of attention from the world’s press – and spawned countless reviews. 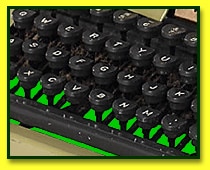 This page features just some of the comments over the years, giving only a flavour of the generally enthusiastic way in which new episodes in the series were received…

“Despite [the book’s] voluminousness, it would be a really jaded reader who had a dull moment perusing it.”
A New York Times review from 1958 of Angélique – ie the first full book, before it was split into two volumes.

“The most famous historical romance heroine of all time… Angélique has become a role model for historical heroines.”
From Love Lines: A Romance Reader’s Guide To Printed Pleasures, a book by Rosemary Guiley.

“Angélique, already a US bestseller, is an enormous fairy tale for adult children, of whom there are legions… The reader of the 890-page US translation must pace himself, and should be warned that the author is one up on him from the beginning. Novelist ‘Sergeanne’ Golon is not one person, but two – an apparently indefatigable French man-and-wife team (Serge and Anne) who claim to have primed themselves with 300 volumes of history before painting their cyclorama. Their scholarship is not intrusive.”
Time Magazine

“There is an authentic 17th century feeling about this book, and its realism somehow combines Dumas’s flair for working on a large historical canvas with Zola’s precision of detail.”
Daily Telegraph (England)

“…swashbuckling, exciting, revelling in the barbarities of the age.”
Bristol Evening Post

“Angélique is crammed with every succulent ingredient known to historical fiction.”
The Scotsman

“The intrepid, passionate and always enchanting heroine of the most fantasically successful series of historical romances ever written.”
Daily Herald (England)

“Angélique in Revolt is… one of the most exciting yet and tells of the beautiful and wayward woman, now leader of the Huguenot rebels, the most hunted person in France. Rich, robust stuff with no let-down.”
British Books

“Anyone who enjoys the Historical Novel will revel in this picture of France during the reign of the fabulous ‘Roi Soleil’. Comparable in zest and imagination with the works of Dumas and Hugo, Angélique makes the world of history become terribly real.”
Jackson Sun

“The 17th century with its intrigues, vice, cynicism, lust, flamboyant color and movement…no such portrait of the Paris underworld since Les Miserables. What imparts power and drive to this enormous novel is that its characters are clothed in the garb of reality. Hate, love, envy and ambition infuse them. The incidents savor of Rabelais or Boccaccio.”
Boston Herald

“For those who are dedicated students of history, be assured that Angélique is scrupulous in its references and research, down to the last details of costume, customs, and personalities.”
Sylvia Halliday (historian)

“Her Kaleidoscopic adventures will hold the reader enthralled.”
Denver Post

“A magnificent figure, she is portrayed in every aspect of sacred and profane love. A panoramic drama, splashed against the background of 17th century France.”
Chicago Tribune

“All the excitement, glamour and wickedness of the period. Court intrigue and jealousy, the gamut of wild love and vicious hate. Angélique’s vivid personality and tempestuous life dominate the book. She is an angel and a demon, but always a woman!”
Montreal Gazette

“Action-packed – reads like a film script. Brilliant in Technicolor, breath-taking in scope.”
Books and Bookman

“A great story that lacks nothing.”
La Parisien

“A tremendous piece of lush historical romance – an unforgettable picture of the underworld of Paris in the 17th century.”
Liverpool Daily Post

“I couldn’t put it down… Angélique is a happy combination of Beauty and the Beast, The Three Mustketeers, Crime and Punishment and Gone With The Wind, and for sheer action-packed, lush background melodrama it outdoes them all… In spite of its excellent writing, adequate characterisation and obvious depth of research, this book probably won’t be regarded as literate. But, goodness, isn’t it readable!”
Books and Bookmen

“An historical tale of adventure which Dumas might have written.”
Times Literary Supplement (England)

“Angélique is essentially a Picaresque novel about a member of the upper classes, circa 1650. It is deliberately sensational and extravagantly romantic, but the extensive research the Golons have done, along with the skill with which they have deployed their findings, make Angélique a wide-angle picture of the various levels of life in 17th century Paris, Toulouse and the provinces.”
New York Herald Tribune

“A novel in the Dumas tradition, with a generous dash of spice, here and there, to suit the modern taste.”
Library Journal

“The book breathes on every page with all the vitality of mass humanity caught up in one of the most vigorous chapters of modern history.”
Chicago Sunday Tribune

“A spectacle, this popularizes a period with a lavish hand and it has sizzled its way across the continent – France, Germany and Italy – before making its debut here.”
Kirkus Reviews